Vilma Wong, a nurse working in the neonatal intensive care unit at the Lucile Packard Children’s Hospital in Palo Alto, worked with a memorable baby 28 years ago. 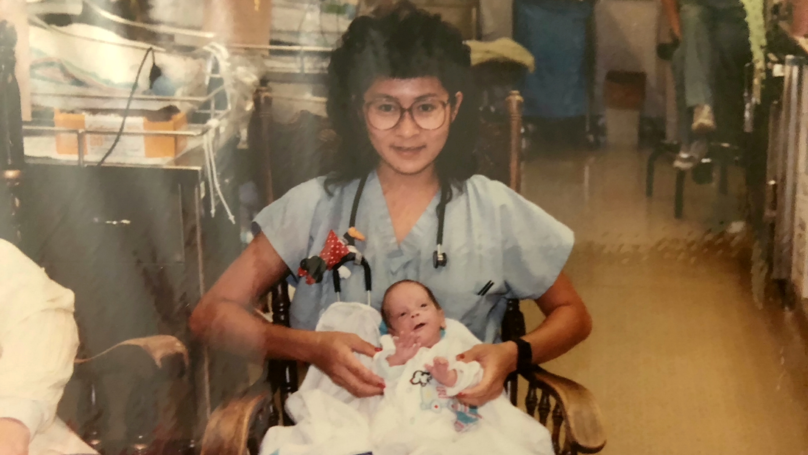 The baby was a boy, born at just 29 weeks, and he needed to remain at the hospital for a month before his parents could bring him to his home to San Jose.

So when a young doctor named Brandon Seminatore began working at the same hospital, Wong investigated:

“I kept asking questions, like where he was from, and he told me he was from San Jose, and that as a matter of fact, he was a premature baby born at our hospital,” she recalled in the Stanford Children’s Health blog. “I then got very suspicious, because I remember being the primary nurse to a baby with the same last name. To confirm my suspicion, I asked him if his dad was a police officer. And there was a big silence. Then he asked me if I was Vilma. I said yes!” 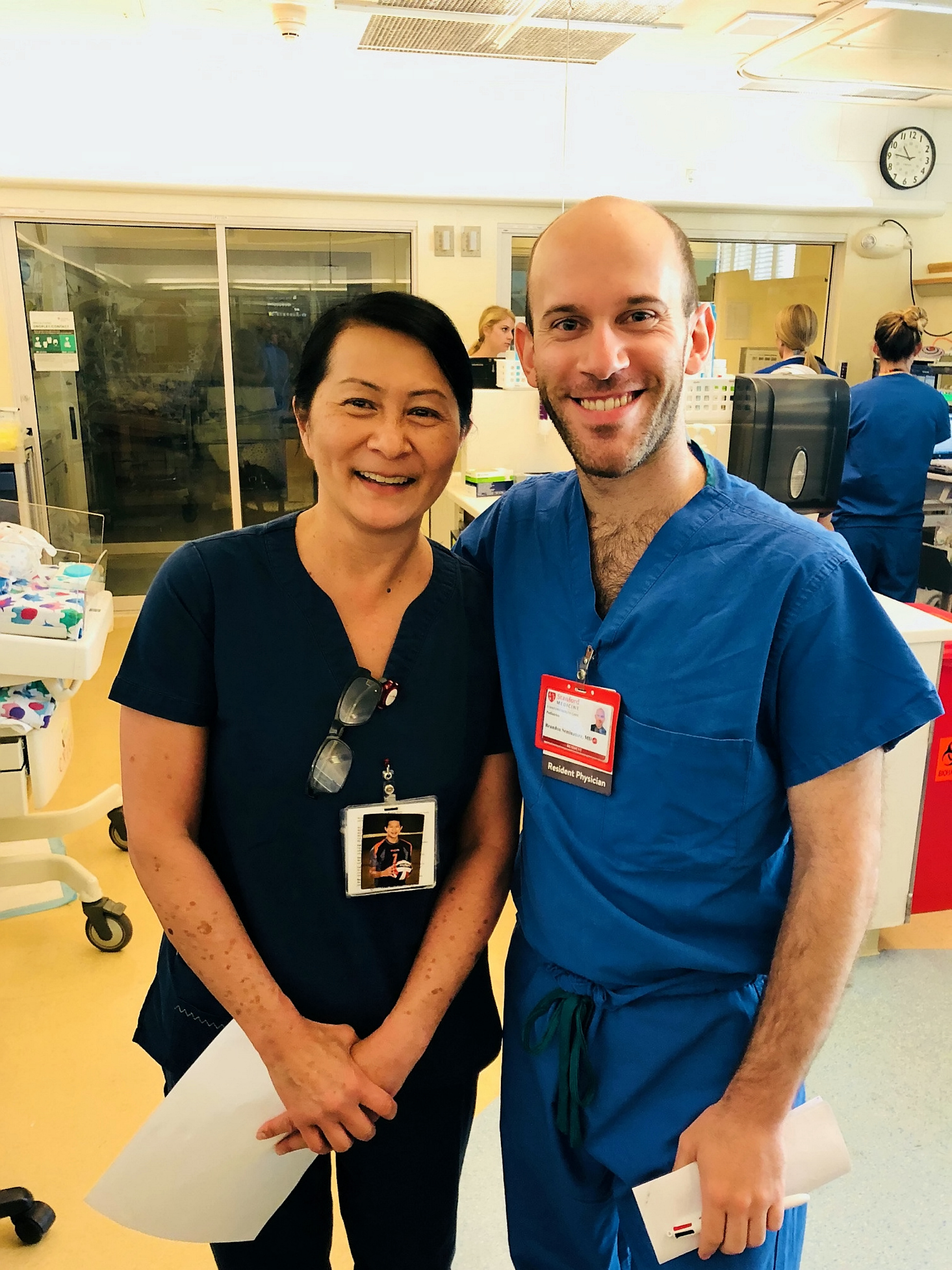 Seminatore said the revelation was “surreal,” believing that Wong had since retired, but added, “I’ve come full-circle and I’m taking care of babies with the nurse that took care of me.”

Seminatore is working closely with Wong these days; he works as a child neurologist. As Wong said, “Now he’s a pediatric resident to the same population he was part of when he was born.”