The urinary system, also known as the renal system or urinary tract, consists of the kidneys, ureters, bladder, and the urethra. The purpose of the urinary system is to eliminate waste from the body, regulate blood volume and blood pressure, control levels of electrolytes and metabolites, and regulate blood pH.

Renal collecting tubule, also called duct of Bellini, any of the long narrow tubes in the kidney that concentrate and transport urine from the nephrons, the chief functioning units of the kidneys, to larger ducts that connect with the renal calyces, cavities in which urine gathers until it flows through the renal pelvis and the ureter to the urinary bladder. The collecting tubules connect with the nephron tubules in the outer layer of the kidney known as the cortex. 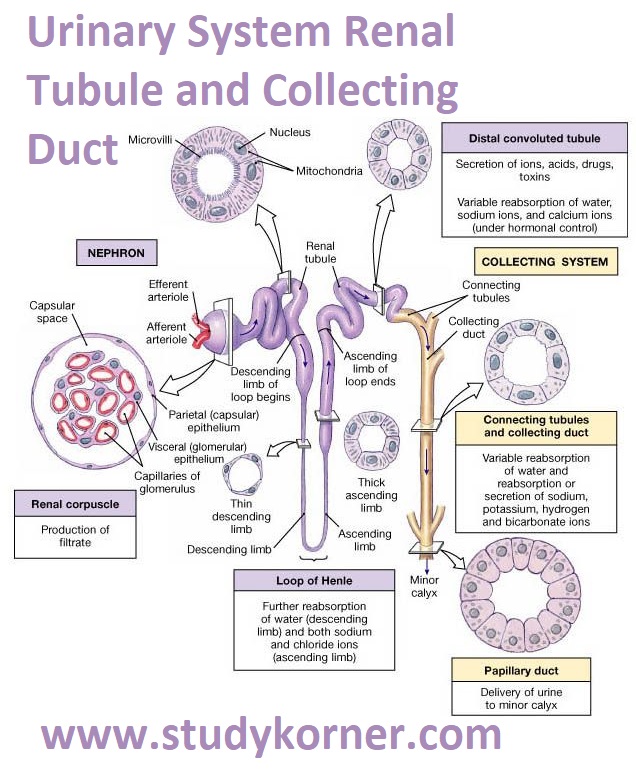