The Pearson Vue NCLEX trick is a method used by some test-takers to potentially determine their NCLEX exam results before the official results are released. However, it is important to note that this trick is not officially endorsed or guaranteed to work by Pearson Vue or the National Council of State Boards of Nursing (NCSBN). Additionally, attempting to use this trick could potentially result in being charged for an additional test, even if you have passed the exam. It is always best to wait for your official results to be released. 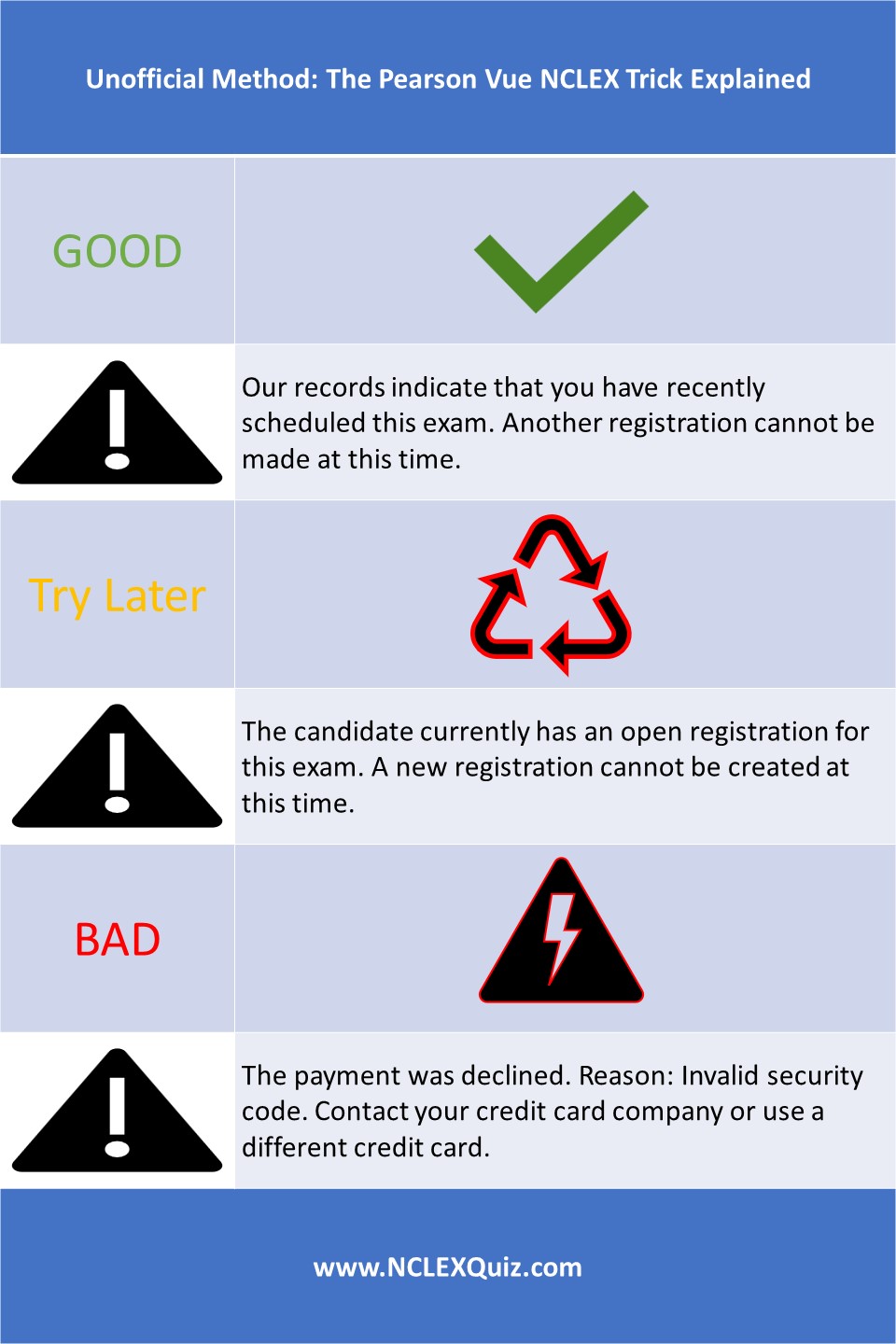 The 5 main steps to do the Pearson Vue NCLEX trick are:

The Pearson Vue Trick Good Pop-Up is a message that appears when a person has passed their NCLEX exam on their first attempt, indicating that they do not need to retake the test. It appears as a pop-up window and states that the person has recently scheduled the exam and that another registration is not possible at this time. 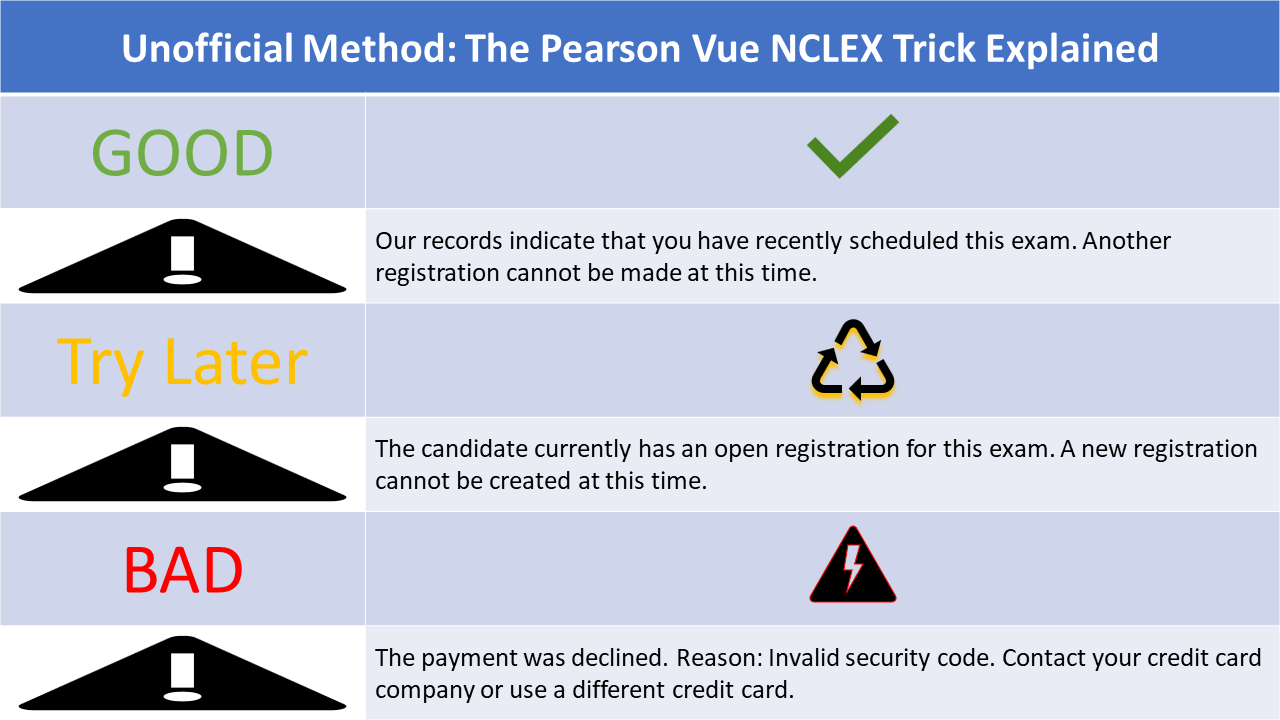