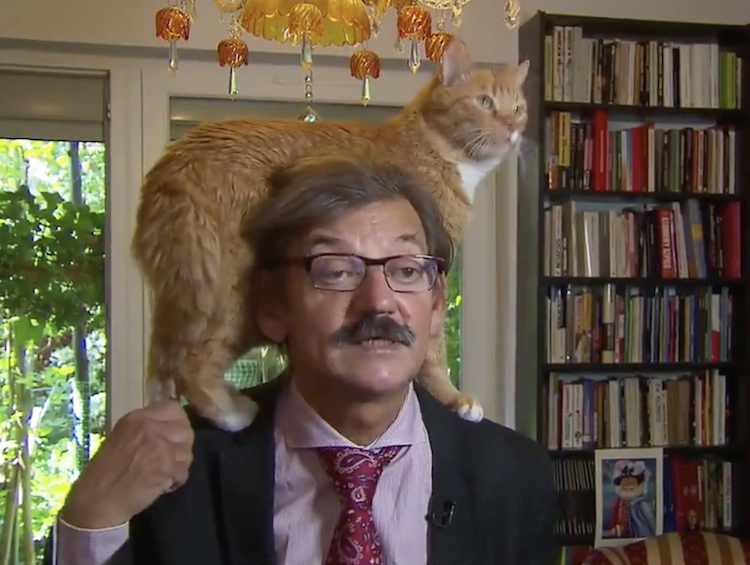 While Polish historian and political scientist Jerzy Targalski was conducting an interview with the Dutch news program Niewsurr, his big orange tabby cat Lisio tentatively climbed up on his human’s side and then settled onto his shoulders where he stayed for a while.

Ever the professional, Targalski calmly continued on without acknowledging his feline headwear, although he did have to manually move Lisio’s tail away from his eyes several times.

Targalski is known for having his beloved cats present during interviews and has done so many times.