Job and recruiting site Glassdoor has announced the results of its newest jobs report identifying the 25 Highest Paying Jobs in America for 2019.

Considering that nearly seven in ten (67 percent) job seekers and workers say that salary is a key piece of information they hone in on when researching jobs, according to a recent Glassdoor survey, this report helps people better understand which jobs pay the highest salaries.

Based on salary reports shared by employees with these jobs on Glassdoor over the past year, this report highlights each job’s median annual base salary and the current number of job openings nationwide.

Glassdoor’s 25 Highest Paying Jobs in America for 2019 are: 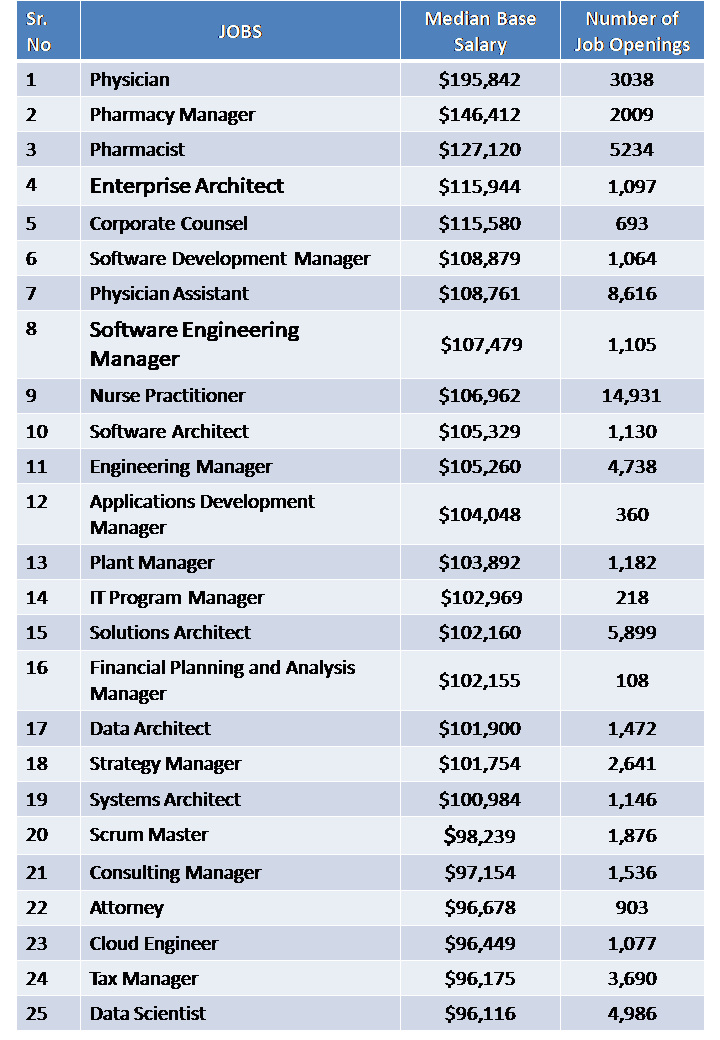 Thirteen of Glassdoor’s 25 Highest Paying Jobs in America for 2018 are tech jobs, more than any other profession and up from 11 in 2018.