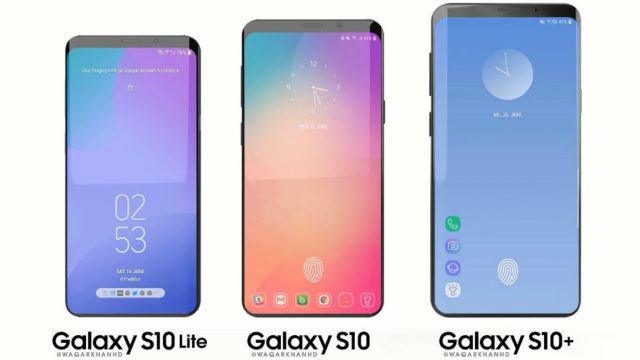 Samsung’s upcoming flagship called the Galaxy S10’s rumor mill is in overdrive. Adding to the existing pool of speculations, the latest one hints at a new variant the forthcoming device might have.

According to a report by MySmartPrice, the alleged Galaxy S10 is rumored to come with a humungous 12GB of RAM and 1TB of internal storage option, becoming the first-ever smartphone to offer such a mammoth-sized RAM/ROM configuration.

However, there is still no word on which variant will feature the enormous 12GB RAM and 1TB of internal storage.

The third variant – the Galaxy S10 Lite might have a 5.8-inch display and is speculated to come with a dual-camera module at the back.

Additionally, the Galaxy S10 is expected to be powered by the upcoming Qualcomm Snapdragon 8150 processor, which is to launch on December 4.

Other details currently remain unknown. The Galaxy S10 is expected to hit the stage during MWC 2019 in Barcelona.