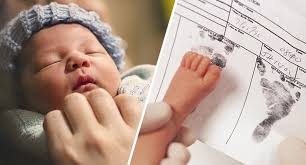 New Jersey residents and those born in the Garden State will soon have the choice of selecting a gender-neutral option on their birth certificates.

The new law goes into effect Friday, and will include three birth certificate gender options: “female, male, or undesignated/nonbinary,” according to the law’s text.

The Babs Siperstein Law, as the legislation is called, is named after the lifelong N.J. resident and first transgender person to become a member of the Democratic National Committee, where she served until 2017.

“Having a gender-neutral option will now give thousands of people in the state of New Jersey the power to self-identify,” said Amanda Babine, director of policy and programs at the New York Transgender Advocacy Group. “We find this choice to determine their own identity leads to an increase in well-being for the individual and a push towards creating more inclusive communities.”