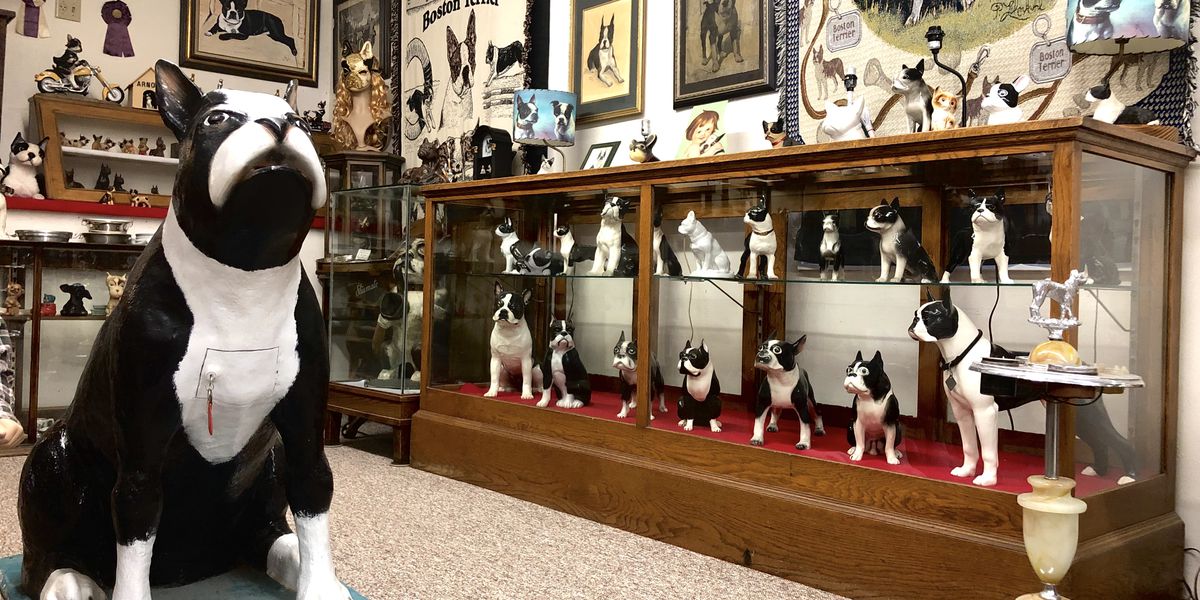 FLOYDADA, Texas – Many people have probably not heard about it, mostly because it is not open to the public. But inside of Floydada there is a hidden gem for dog lovers – more specifically, for those who love the Boston Terrier.

The Boston Terrier Museum, located at 206 Houston St. in Floydada, is still available to anyone who wants to visit.

Its owner, Bob Hambright, opened the museum in 2007 after the death of his wife, just so he would have something to do with his time. An avid collector of Boston Terrier memorabilia, Hambright decided to open a museum.

His collectibles were initially housed inside a wood shop in his backyard. But over time that became too small, so he decided to buy an entire building.

The building the museum is housed in was once a hospital, then a pharmacy and later a video store.

“Then it went to the dogs,” Hambright said. “And that’s about it.”

His collection started as a birthday gift from his wife in 1992, he said. It was a small Sandicast brand Boston Terrier sculpture.

He has since collected thousands of dog dolls, antiques, furniture, statues, advertisements and many other Boston Terrier-modeled objects.

All the objects in the museum were bought by him; usually found in antique shops, flea markets, garage sales and online sales. The last collectible item was bought about six months ago – an old Buster Brown Shoes cardboard advertisement that dates back to the 1920s, he said.

“I thought this building was too big but I found out it wasn’t big enough,” Hambright said.

He does not advertise and usually the only people who are interested in the museum are Boston Terrier owners. Since his last Boston Terrier died about three years ago, he said, he enjoys the chance to see other people show off their Bostons when they come to the museum.

Now-a-days, he comes in around 5 p.m. and cleans up and organizes the place a bit.

There are no general hours of operation, but if anyone wants to visit they can call ahead and make an appointment. Hambright said he is more than happy to open up and show off all of his stuff.