We first heard about the Huawei punch hole smartphone a week ago, when the company published a poster teasing it. Since then, rumors started popping up, and this time around, the reports were spot on. They suggested said phone will end up being the Nova 4, and now Huawei is not only confirming that, but we also have a solid date on when to expect it.

The image below was posted to Huawei’s Weibo account, and is telling everyone that the Nova 4 is coming on December 17. What’s unique about the Nova 4 is that it is going to be the first Huawei smartphone to sport an in-display front-facing camera. Depending on when Samsung announces the Galaxy A8s, or Lenovo its Z5s, it might even be the world’s first punch hole smartphone. 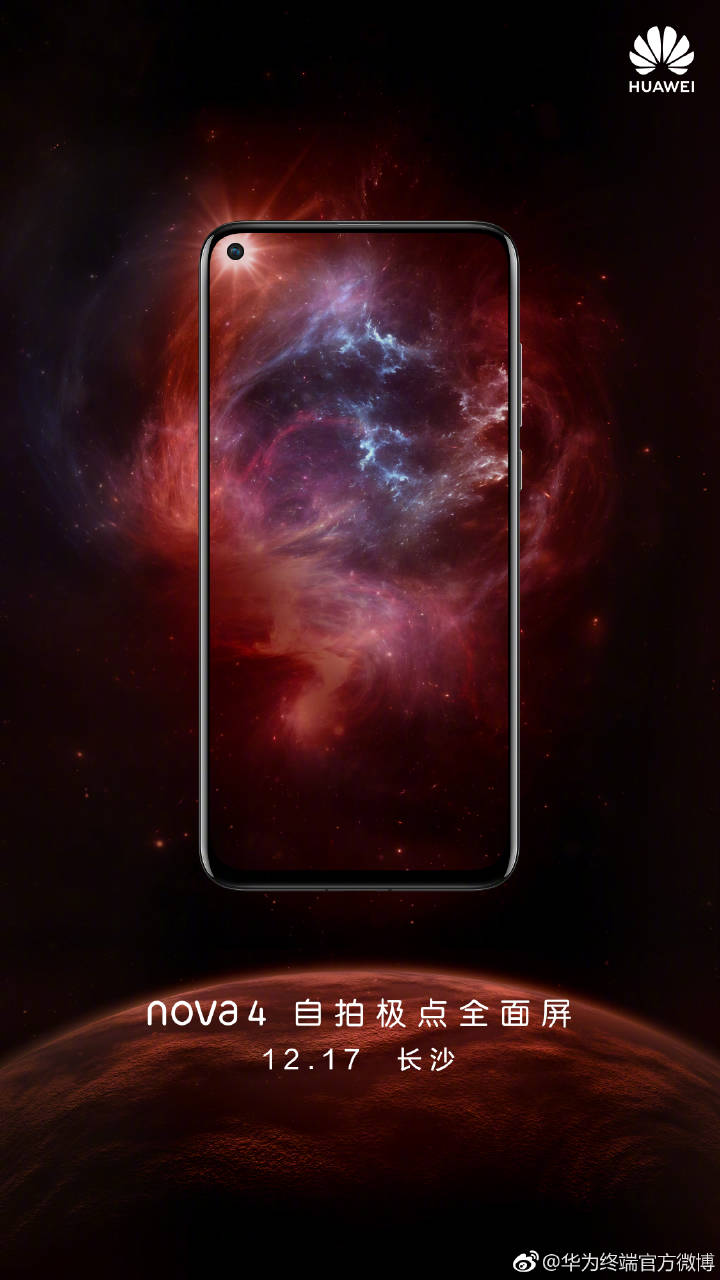 By employing a solution like drilling a hole in the display to house the webcam, manufacturers are trying to maximize screen real estate, as well as screen to body ratios, as we’re getting closer and closer to the all-screen smartphone concept. As far as the Nova 4 is concerned, reports mention possible specs including the Kirin 980 processor, up to 6GB of RAM and 128GB of internal storage. This phone, while announced in and for China, might make its way to other markets as well, but we’ll know more in two weeks.