Huawei is expected to launch its first smartphone with a camera-hole display (iteration of Samsung’s Infinity-O screens) next month. 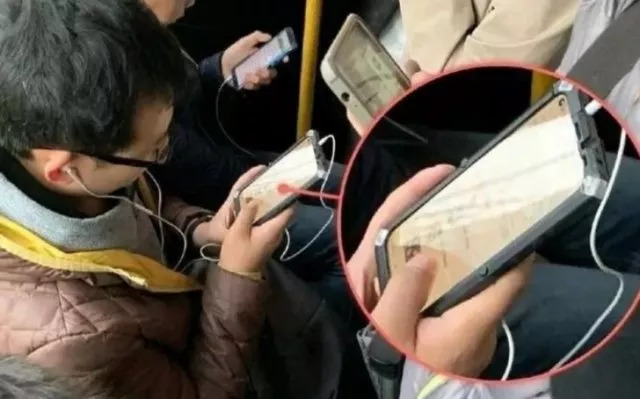 The Chinese smartphone manufacturer earlier this week announced on its Weibo account that it would release the world’s first hole-screen mobile phone before the Samsung Galaxy A8s, due in December.

However, prior to its launch, a man was seen yesterday holding a similar handset while travelling in a Chinese subway carriage.

The viral image of the smartphone shows the camera lens is positioned at the upper left corner where the notifications appear.

There aren’t any notches on the screen, but the pre-production body could be hiding some of them.

The leaked image also shows that the phone is also expected to have a headphone jack, a feature that has become archaic in today’s time.

Another report from TrendingLeaks provides details of the possible specs of the phone. The report suggests that the phone might have: