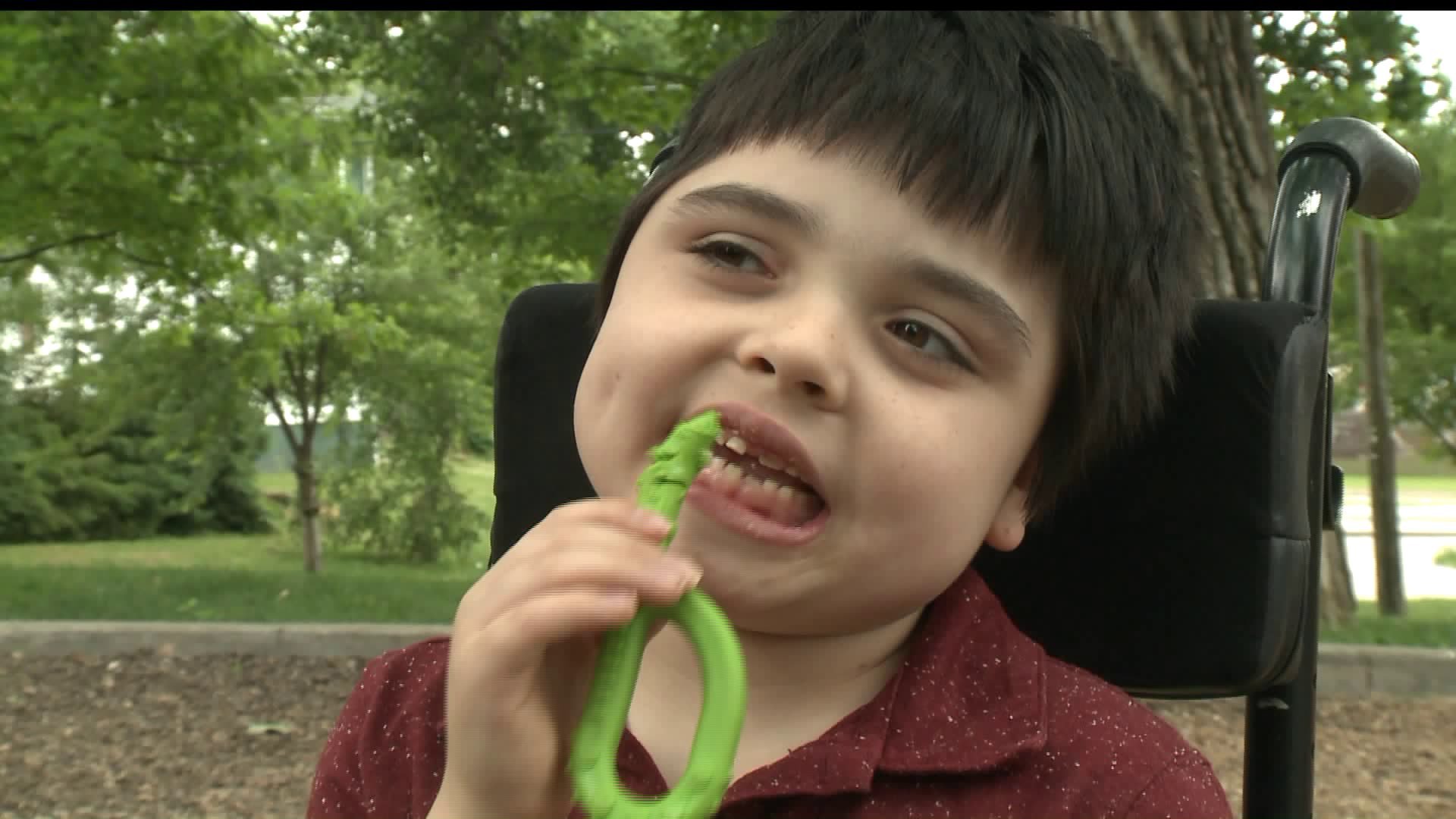 DES MOINES, Iowa — Imagine not being able to communicate how you feel or what you need and want. That’s currently the life of Kylar Mills.

Kylar’s communication device, much like a tablet, made that all possible, but he doesn’t have it anymore because someone stole it from his mother’s vehicle.

“By stealing his communication device, they have literally stolen his voice,” Cassidy Thayer said.

Thayer is a mom to Kylar Mills, an 8-year-old boy born at 29 weeks.

At 14 months, doctors removed half his brain to stop his seizures. Now he’s almost seizure free, but he relies on a special communication device, or as his family calls it, “a talker,” to communicate meaningfully.

“We’ve spent an entire year customizing that device to tailor to him and to his speech,” Thayer said. “So his favorite words, his favorite places, his favorite foods, are all accessible on his device.”

Now it’s gone, along with his ankle-foot orthosis (AFOs), or leg braces, that were stolen from Thayer’s car.

“So this is without AFOs,” Thayer said while trying to help Kylar walk. “You can see he’s already shaking.”

Thayer turned to Facebook hoping someone would return the items because they’re really only of value to Kylar.

“If it popped up on our doorstep, we would be nothing but grateful,” Thayer said.

Thayer says it’s not about the money, but rather the time it will take, weeks maybe months, to replace the equipment. Not to mention, it’s causing a deficit in Kylar’s development.

“He’s just beginning to learn how to do these things. He’s learning how to communicate through his device and just learning how to walk, so even a few months of not being able to utilize those is a huge impact,” Thayer said.

Kylar’s hand splint was also stolen. If you do find his device, especially his talker, please contact the Des Moines Police Department.