World’s ‘smallest surviving baby’ born weighing only 8 ounces and with feet the size of a fingernail Emilia Grabarczyk has been dubbed ‘the little fighter’ by doctors after being born only 8.6 inches (22cm) long 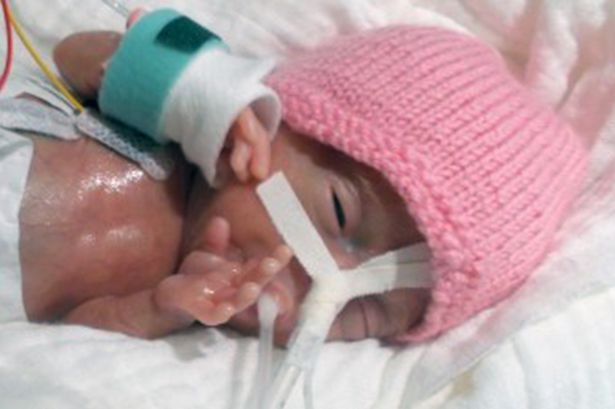 A little girl born with feet the size of a fingernail is being hailed as the world’s smallest surviving premature baby . Emilia Grabarczyk was only 8.6 inches (22cm) long and weighed 8 ounces (229 grams) when she was born at a hospital in the western German city of Witten nine months ago.
Her tiny foot was only 1.2 inches (3cm) long.
In comparison, a large banana weighs about 7 ounces while an orange is 6 ounces.
Doctors have described her as the “little fighter” and her survival as a “medical sensation” while German media said she was the lightest premature baby ever born in the world.
Emilia’s baby foot measured just 1.2 inches (3cm) at birth The early birth was followed by a period of uncertainty. Emilia was born so early that it led to subsequent complications. 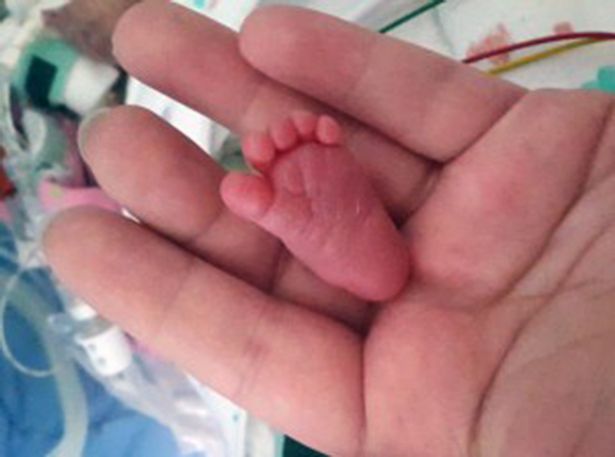 There was an increased risk of hyperactivity and learning difficulties. Emilia even survived abdominal surgery at a weight of just 12 ounces. Yet luckily for the girl, there are no signs of serious disability

She was initially fed with a tiny tube. The doctors used a cotton bud soaked in sugar water to soothe her and relieve pains. Her birth at the Maria Hospital came after doctors decided with her parents Lukas, 34, and Sabine, 30, to deliver the baby by Caesarean section at the 26th week of pregnancy. The record for the smallest baby was said to be held by Rumaisa Rahman, who was born in the Loyola University Medical Centre in the US city of Chicago in 2004 when her mum was only 25 weeks pregnant.