If the Brazilian couple Bruna Rizzo and Paulo Henrique Camargo were superstitious, their recent marriage would have been a fiasco. Believe me, a black cat invaded the church during their ceremony and decided to take a nap over the bride’s dress train!

He could have chosen one of the benches, the altar, the floor, but the cute animal seems to have liked the dress more. He caught everyone’s attention and made the bride and groom smile! 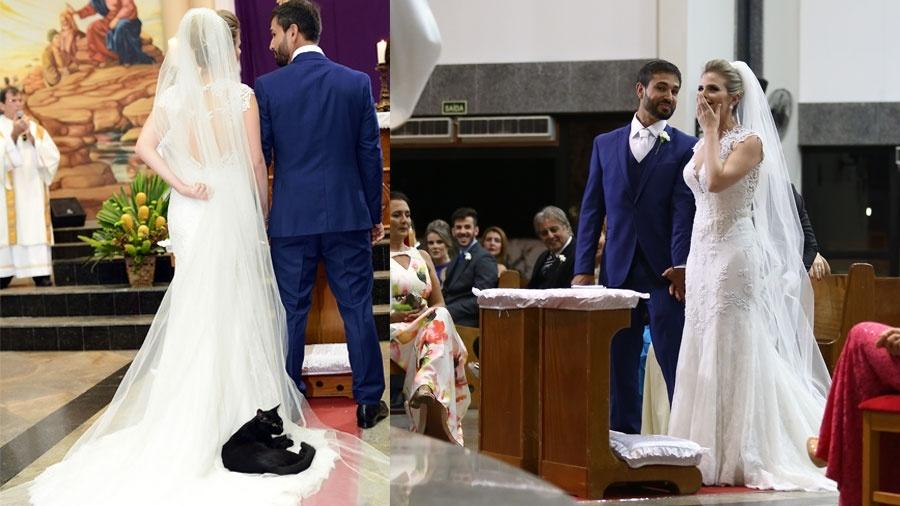 The photographer Wagner Breciane was the one who captured the unusual situation. “The other photographer, Timothy Sodre, had already seen him outside and found out that it was a cat that had the habit of entering the church since he was very dear to one of the priests. But we did not expect him to lie down exactly on the bride’s dress,” Wagner said in an interview.

The scene is hilarious! It will certainly bring a lot of luck to the couple’s new life!