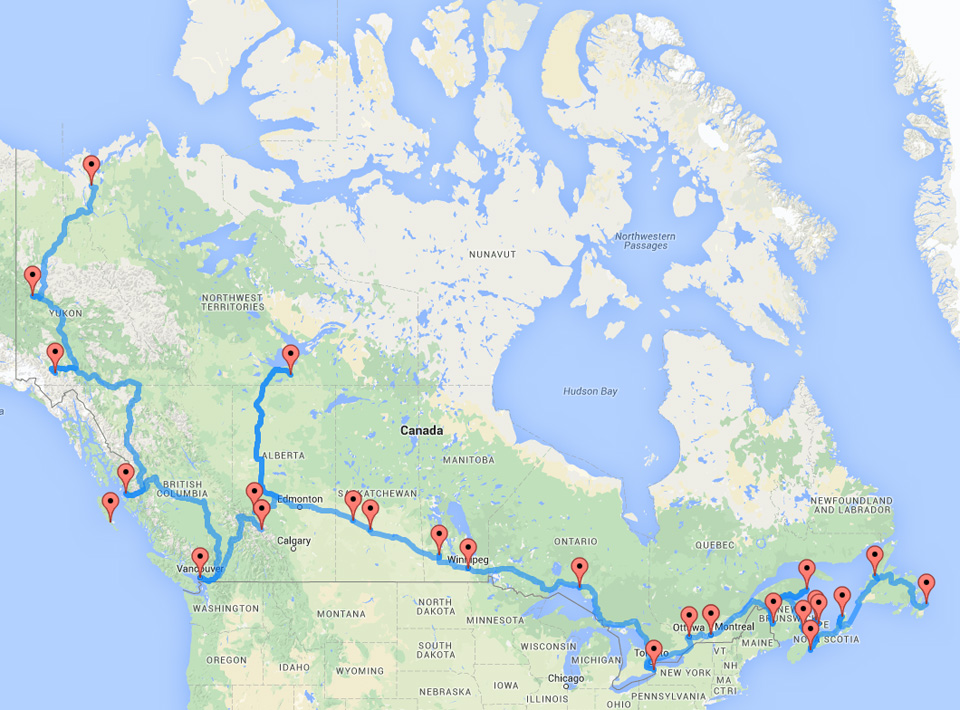 Now this is a road trip.

Behold the ultimate cross-Canada journey according to an algorithm devised by Randy Olson, a computer science PhD candidate at Michigan State University.

Olson has previously used the algorithm to determine the optimal road trip across the U.S. and across Europe, so HuffPost Canada asked him to apply it to the Great White North too.

According to Olson, this entire route is 16,226 kilometres long. It would take 8.13 days straight of non-stop driving to do the whole trek — or about 32 days, if you only drove six hours per day. (See the whole list of the stops below.)

Canada has the unique distinction of having an entire territory that is inaccessible by road.

So no matter how far you’re willing to drive, you’ll have to add a plane ride on to see every single province and territory.

What did we miss? Share your favourite Canadian road trip stops in the comments below.