It is important to remember that the areas with the lowest salaries for Sonographers often have significantly lower costs of living than other areas. Additionally, facilities in rural areas will often pay less than facilities in metropolitan areas do. Of course, sonographers who are just entering the workforce will have starting salaries less than the wages experienced sonographers earn.

According to BLS  Yearly mean of a sonographer in these Metropolitan areas is: 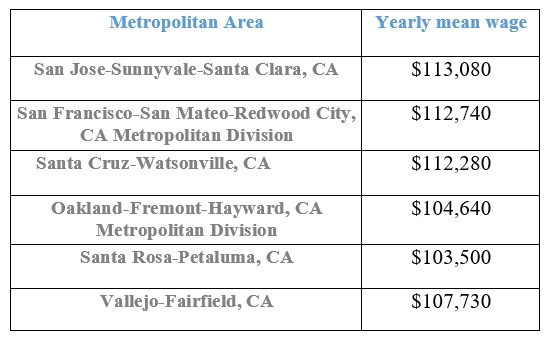