Carpal Tunnel Syndrome is an entrapment syndrome resulting from compression of the median nerve in the tendon sheath within the ventral surface of the wrist.
Similarly, tarsal tunnel syndrome is a group of symptoms caused by pressure on the posterior tibial nerve in the medial aspect of the ankle and cubital tunnel syndrome is caused by pressure on the ulnar nerve at the medial epicondyle of the elbow.
Compression symptoms due to entrapment include paresthesias, numbness, pain, weakness, and muscle atrophy.
Compression results from repetitive motion of the wrist, trauma, local tenosynovitis, and mass, such as ganglion or neuroma. Repetitive motion causing carpal tunnel include the use of computer, typing, and use of a jackhammer.
Carpal tunnel syndrome is more common in those over age 50, in women, in pregnant women in the first trimester, and in those with rheumatoid arthritis.
Complications include chronic pain and loss of function of the extremities. 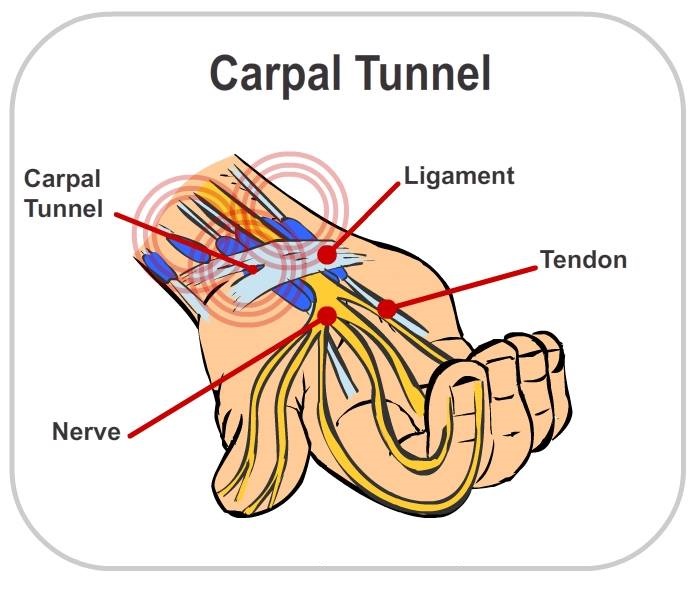