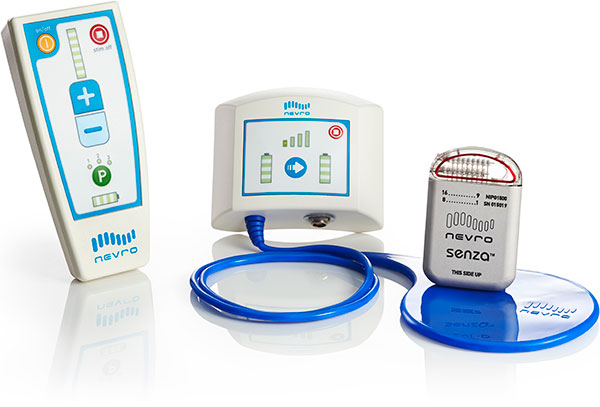 Nevro Corp., a company based in Menlo Park, CA, received European and Australian approval for its Senza spinal cord stimulator to be compatible, under certain conditions, with 3.0 Tesla MRI scanners. The device was previously labeled for scanning under 1.5 T, but is now the world’s first spinal cord stimulator able to go into the strongest clinical MRI machines for scanning of patients’ head and extremities.

The device delivers so called HF10 therapy that sends electrical pulses to the spine at 10kHz, orders of magnitude greater than traditional spinal cord stimulators. One of the main advantages of the system is a lack of paresthesia, a tingling sensation, that is often a side effect of conventional stimulators.

The system is yet to receive any FDA approvals, but it is currently being studied in the SENZA-RCT prospective randomized controlled trial.
Source