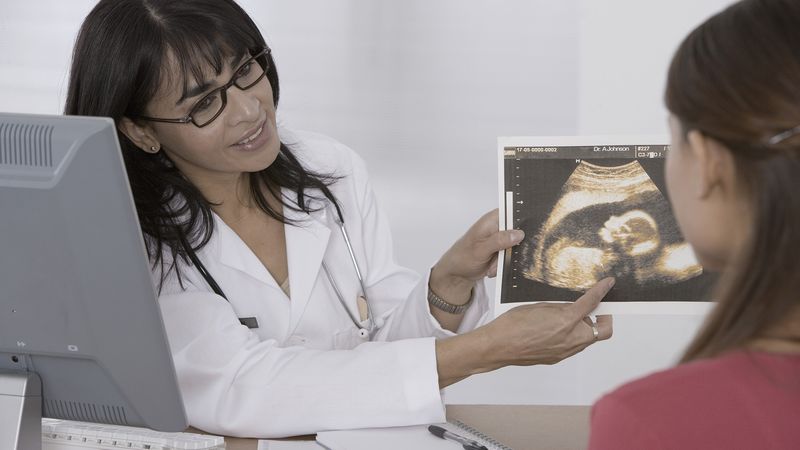 “I’ve got about 200 copies of this thing in my desk, so rather than print up a new one, I usually just whip one of these out and then sit back as they ‘ooh’ and ‘ahh’ over a picture of a fetus I took back in 1999,” said Dr. Schiesser, noting how she usually tells parents whether the child is male or female by drawing their attention to the same dark spot on the image each time.

“I’ll point out its head or a hand and say something about how it looks like it’s developing nicely or whatever.

A lot of times people say they can see a family resemblance. Honestly, everyone seems to leave here feeling pretty excited, and it makes my day way easier, so why not?” Schiesser confirmed that she’s fully prepared in the case of babies in the breech position, saying that she keeps numerous copies of a digitally mirrored version of the same image on hand as well.