A kitten called Tiger has a big problem. He likes to steal things. The cat brings home all sorts of things that he manages to steal. 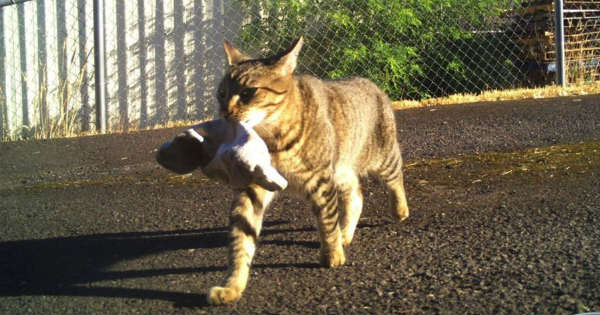 To make this story ironical, his owner is a police officer in Oregon. The cat has been roaming around his neighborhood stealing cups, underwear, gloves and anything else he might want to grab along the way. Clearly he needs to have whatever he sets his little eyes on, no matter how illegal the deal might be.

His owner has a Facebook page where he posts the stolen things Tiger brings home. The officer’s morning begins with a cup of coffee and a new present brought home from his ‘Kleptokitty’. He might expect a new thing from his cat every day, but what he definitely was not expecting is a bag of weed.

Does your cat bring you presents?