In 2014, Americans say nurses have the highest honesty and ethical standards. Members of Congress and car salespeople were given the worst ratings among the 11 professions included in this year’s poll. Eighty percent of Americans say nurses have “very high” or “high” standards of honesty and ethics, compared with a 7% rating for members of Congress and 8% for car salespeople. 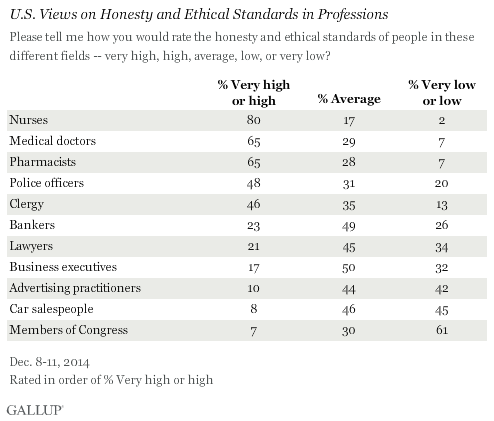